Most of you may imagine domestic wars or refugees, when you hear “Africa”. Me same, I had that images strongly.

Especialy, in Rwanda, there were genocide in 1994, it was 26 years before and very serious issue in United Nations. I would like to explain about it next post.

The situation at that time was a tragedy as we felt like covering our eyes. However after 26 years later since that, Rwanda has been developing with great breakthrough now. I remember a movie that I watched at a class of university, “Beyond the Gates” clearly still now.

These two consultants went to Kigali in Rwanda in this February and stayed for 1 week. They researched there and I had a opportunity to hear that. This is the latest report!✨

About Rwanda, here is what I heard.

[capital] Kigali
[Land area] 12.3 millions ｍha
[Population] 26.37 millions
[Language] English, French, Rwandan
[Currency] Rwanda franc（Needed to change from dollars. 1RF＝0.11JPY）/ FYI: Their travel total cost is about 200 U.S dollars for 1 week.
[Religion] Most are Christian. About 90%. (About 60% is Catholic 60％ by my research）
[President] Paul Kagame
[Public security] City is very clean and safe. There is no problem to walk until late, 23:00. No trash on the road.
[Network] Very good. wifi, 4g is good. The condition seems better than Quatar.
[Main trading partner]
Import: China 19.4％, Europe, USA
Export: UAE 28.34％, countries around
[Main export item]
Most is coffee beans. Others are tea leaves and minerals.
[Power] Mainly thermal power generation now, no blackout in city. In future, they will shift to solar power generation.
[Medical] You don’t have to take vaccination before you travel. Malaria exists still now, they have good specific medicine.
[Traffic] Mainly taxi. Especially bike taxi is common. Now, there are 5 points that I amazed.

1．The network is great! Very stable. What is interesting is, they couldn’t connect network at Qatar airport but it was able to connect easily without password in Rwanda.

２．The city is very clean. I saw the photos of city, and every road are paved very well! Besides some nice coffee shops and KFC new opened, there are. The trash can are located each points in a city. 3．Public security is very good. Many people walk until late, about 23:00. Safe!

4.  You don’t have to take vaccinate before you travel. Now they have good specific medicine for Malaria.

５．The most what I want to mention is the Rwanda growing is amazing! Most impressive is policies for economy.

Where they activate it is in business field. They invite ICT company and investors from overseas. Another filed is government. You can complete process or apply about government services in mobile phone.
What I surprised at is to be able to have company in 5 minutes. On web site of Development office, anyone can resister company online.

For example, Zipline, the drone development company in north America, they test drone flight and they make it possible to ship transfusion in 10 minutes! Before it, it took some hours to ship it.

Then at Klab, a startup support facility, anyone can use this space as your office for free. You can use 3Ⅾ printing machine and some drones are innovated here also. This facility are supported by JICA of Japan and have been supported continuously.

AI, development offshore and supporting startup are focused on. There is Kigali Special Economic Zone (KSEZ) and 4 fields are left in phase 2 now. In future, this area will be expanded.

The more impressive policy is they educate ICT innovators.
They attract Carnegie Mellon University and have program to support students to start business with Kobe city in Japan.

There are so many impressive until here. Besides, they are promoting domestic manufacturing industry, hub city and train transportation development. Amazing.

The details are below.

・Domestic manufacturing industry → maraphone, mobile phone maker, they occupy 90% in a country. It seems to be easy to use. Motor bike taxi is promoted to reduce gas and the motor bikes are produced.

・Hub city → Rwanda is a small country and there are big countries around Rwanda (Congo, Uganda, Tanzania, Burundi). So they aim to be like Singapore. 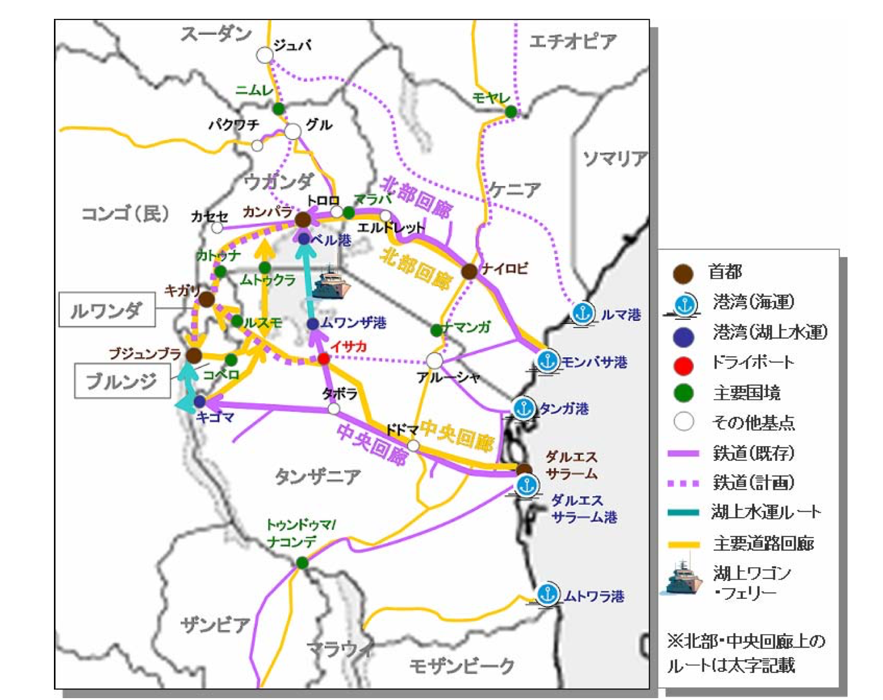 Then the person who are promoting these policies is president Paul Kagame. Since in 2000, he has been the president till today, for about 20 years. He calls him “CEO of Rwanda” by himself and his promotion for economy growth is amazing. He has good business friendship with France and China.

The more important is he has effort to eradicate campaign against corruptions, very hardly.
In countries of Africa has many corruptions and it is a big issue, so he controls it very strictly. So many people and companies come from overseas.

Then, on a day called “umuganda”, service day, people have to serve to public on that day. The president takes a lead to cleaning road. Amazing leader.

However his administration stays long and he is strict to the against, so he is called dictatorship sometime, but his approval rate is about 90% often anyway. Most people agree with him. But yes, it looks dictatorship in common actually. I agree this idea when I look at today’s Japan.
In spite of it, why he keeps its high approval rate is because he think about policy as standing same place as people, I guess. How keep the peace as support people’s lives and safe. Promote nation’s growth. To say more, how they have growth with other countries in Africa. They have yearning eyes towards Rwanda.

There is disparity between city and rural areas, still now yet, but he has effort to solve social issues, also. For example, he promoted platform of job hunting for supporting single mothers. He promotes creating platforms and ICT is used here, too.

Others, he promotes to plastic shopping bag disabled, solar power and motor bike instead of cars as environment issues solutions. For next step, he is seeking good recycle technology because they don’t have good recycle facility although they sort garbage (they don’t have incineration facility but they just piled garbage in a specific place). So Japanese recycle technology seems to have demand there.
FYI, about cars, they import cars most from Japan and Toyota occupies 80% in that Japanese car market.
The price of oil is not cheap there, so the demand of technology or supply improving fuel economy seems strong.
Others, the office supply is also expensive so cheap and good quality items has demand for it in any fields.

The host, Mr. Shimizu went to Rwanda about 10 years before, he was also amazed at its present development.

They have many tasks like economy disparity and welfare issues, but it is not possible to solve them once. Even though they were in a terrible situation but why they have amazing development is because they have supports from other countries, but they are eager to keep peace and make their own country good, they have great passions and hard efforts, I guess.

I impressed one more thing. It is Rwanda bill.

In common, most countries choose design of great or historical persons on their bills. However Rwanda bill shows children are studying with PC.
By this design, you can feel the passion and will of the president and people.

Now, the corona virus are spreading in Rwanda also, simple hands-wash spots, the machines were supported by China, are located in each points in a city.
It is very hard situation all over the world today, but without cooperation over the countries, it is not possible to improve this situation.  Not only for corona virus, but also for all of issues, if people of all overt the world help each others, every issues will be solved soon, I believe.

[English]
Love food, books, music, art and nature deeply. Life is musical.
My favorite book is “Anne books”.
Adore old things, but I’m a seeker about finding new things. 温故知新.
Love travel, but I haven’t been to not so many place and country in Japan and also overseas. Hope to visit all over the world!
Majored in Politics. Mainly studied about international politics and economy for solving issues international.
Minor major was IT, learned programming, data analytics, building web site and so on.
Adventure but too romantic.
Work in a kind of digital products.
Born and raised in Japan. Japanese. Edokko spirit.
With this blog, want you to know about Japanese culture including food, modern society and issues, then make change beter not only Japan also world.

Belief: Catholic(the most important thing is, as same as in everywhere, good is good, bad is bad, this is it.)
Policy: Neutrals